Tesla Powerwall II - Is it worth it for my use case?


We have installed a photovoltaic system about one year ago, and have been logging solar production and house energy consumption since.
As of this month we have enough logging data to start looking into the economic value of adding a storage system, specifically the new Tesla Powerwall in order to improve the auto consumed amount of energy.

Our photovoltaic system is composed by 24 Viessmann Vitovolt 300 [email protected], for a theoretical peak power of 6kWp.
The system is installed on our rooftop, and is Oriented in a W-SW configuration ([email protected] Degrees) with a 28 Degrees inclination, located in Northern Italy. 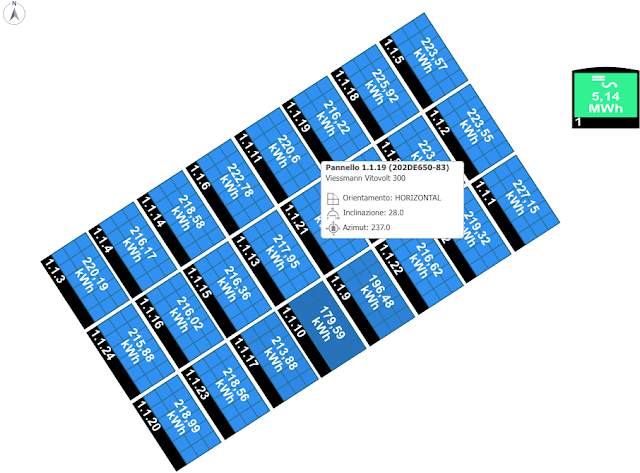 As it can be seen by the lower production numbers of two panels, we have a chimney that casts an important shadow on two panels (1.1.9 and 1.1.10), and we have some shadow cast by some huge trees on a neighbour's property that basically block solar radiation from 6PM onwards from spring to autumn.

The system uses Solaredge micro-inverters on the rooftop and a SolarEdge SE6000 inverter that takes care of feeding AC current into the house/to the Electric company. The micro-inverters allow for the system to be configured in a single string without loss of efficiency of panels not covered by shadows.
Peak performance - real has been observed at around 5.7kWp

Any amount of energy produced that is not consumed in place is sold to the local  Electric company for about 0,12 EUR/kWh. On average we save about 0,25 EUR for every kWh of energy that is auto-consumed. 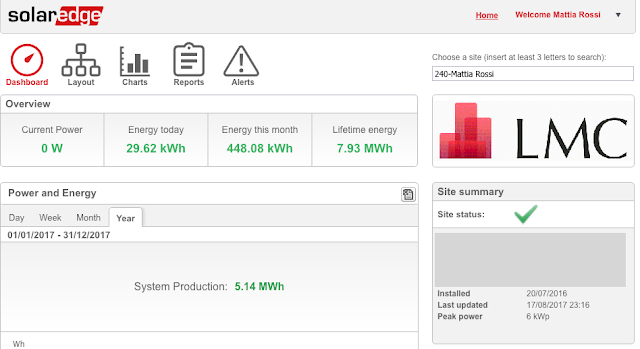 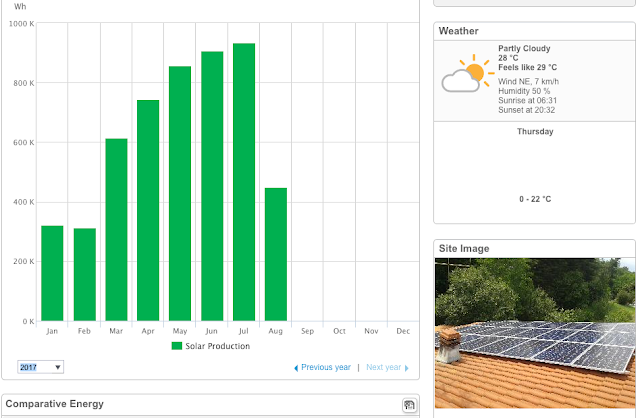 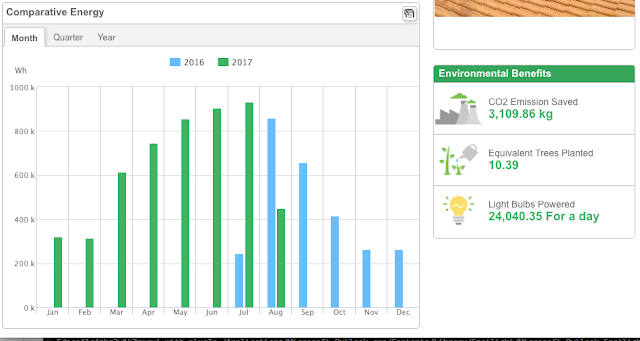 
If weather conditions remain similar, and if our consuming patterns do not change too much, I expect the savings on auto-consumed energy plus the income that arises from selling surplus energy will repay in full the cost of the solar system in 4-5 years, with a projected ROI over 10 years of about 5% net.