With this post I would like to start putting some content online again, and what better argument than what has been occupying my (really scarce) spare time in the last months.

I'll start with what I wanted to achieve with my home automation project:


Mainly because of the last point, but also because of the potential complexity of finding an existing system that would allow me to achieve all my stated goals, the choice on what hardware and possibly software could be used left the project in a "Would like to do it but it costs too much" state for some time, until I stumbled on the OpenEnergyMonitor web site, that is.

OpenEnergyMonitor is a project to develop open-source energy monitoring tools to help us relate to our use of energy, our energy systems and the challenge of sustainable energy. (direct quote from the website)

The project consists of various building blocks, a mix of hardware and software components geared towards collecting energy consumption data (and more in general, data) , transmitting it to a central node for processing, displaying and eventually generate alerts based on predetermined rules.

All of this is accomplished using a completely open sourced design, both on the hardware and the software side, mainly Arduino hardware for the data collection, and a linux platform for processing and displaying the data. Also, by design the project avoids potentially dangerous situations that can arise when one mixes current, sensors, not exactly professional setups and some wiring .....


The original plan for the project was to have
Also, one requirement (self imposed) was to have as much separation between potentially hazardous connections (220v here in Italy) and the monitoring equipment, all running on 5v power and physically disconnected from the 220v connections.

As in all DIY projects the plan underwent some small modifications and I ended up adding:

I also ended up contributing in small part to both the emoncms project by adding some features to the module that sends alerts, and also to the weather station software by writing the necessary plugins to send weather data to emoncms and to the weather data display software

With all this in place I was able to configure the emoncms software to display this kind of data: 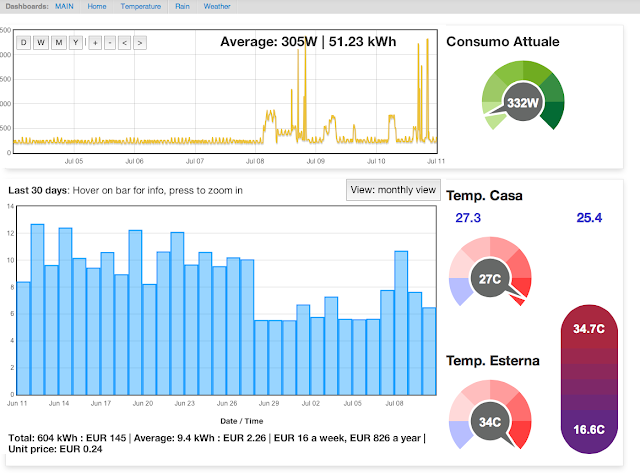 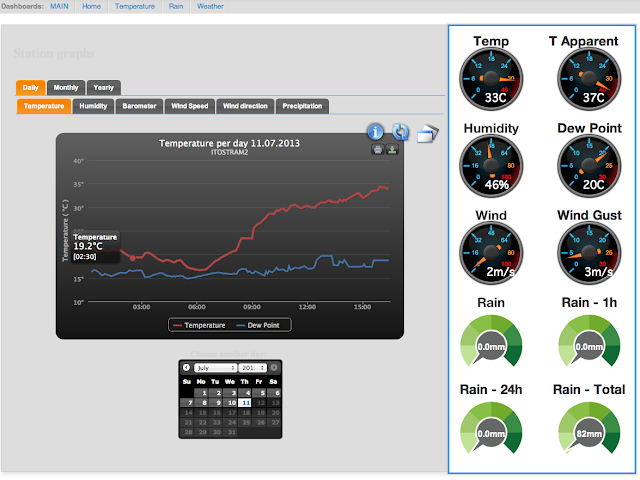 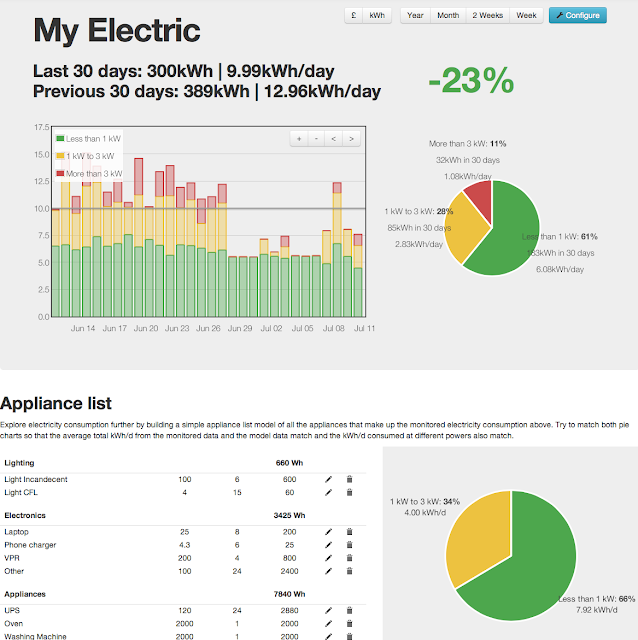 All this information (except the weather graphs that use the wugraphs external tool) is logged graphed and displayed using emoncms. 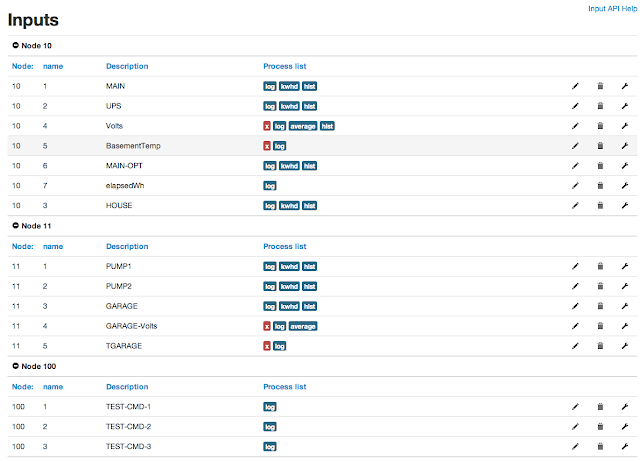 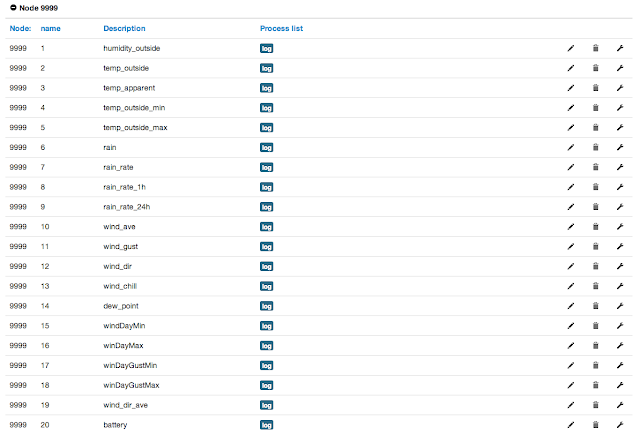 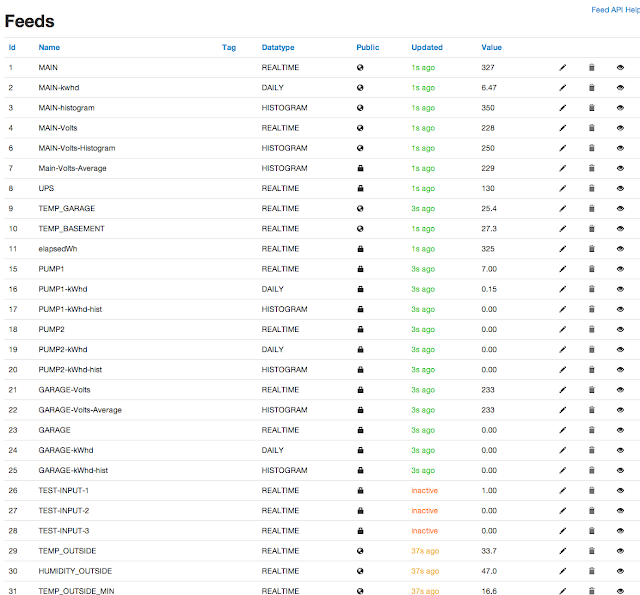 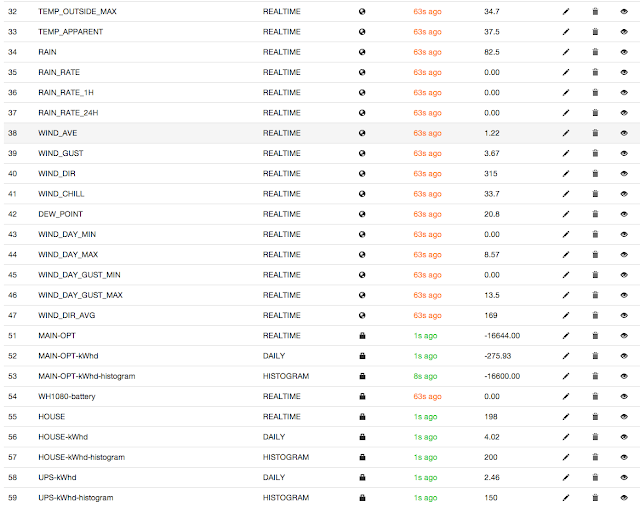 and these are the things I'm monitoring that can trigger various alerts: 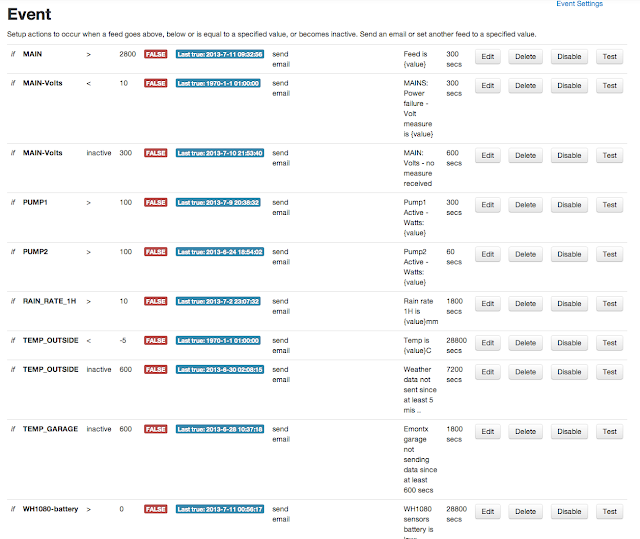 All of this could never have happened without all the information and tools provided by the openenergymonitor guys, but I'm proud of the things I was able to add by myself (without getting electrocuted).

I'll try to follow up with some photos of the actual hardware in place. 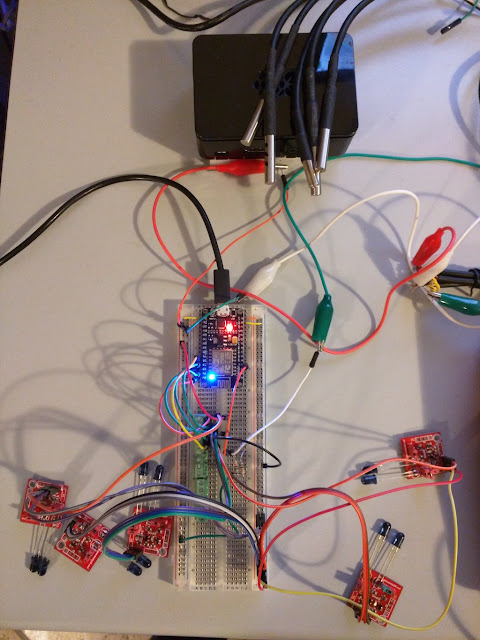 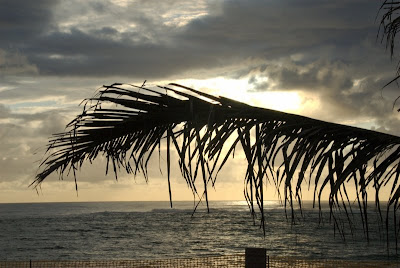